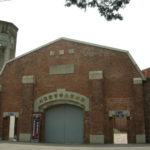 Seodaemun Prison History Hall preserves and displays the suffering and pain of Koreans during the modern period. Here independence activists and pro-democracy activists were jailed by the Japanese during the Japanese rule of Korea and then later it was taken over by the South Korean Government after the Japanese occupation ended in 1945.  The prison [...]