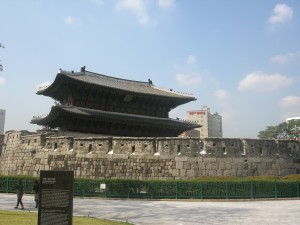 Heunginjimun Gate is located in Dongdaemun in Seoul.  Heunginjinmun Gate was the East Gate of the capital Seoul and built in 1398. The current Heunginjimun Gate was rebuilt in 1869. At that time, four large gates and four small gates were built in the fortress walls surrounding the city. The gatehouse is a two story building and part of the original Fortress wall that ran around Seoul city.

The most unusual characteristic of the gate is that it has a specially built outer wall, Ongseong. Ongseong was built to prevent the gate from being seen and also served to protect the gate. Because of Heunginjimun is situated in a low and flat region of Seoul, the gate was an easy target for invaders. To compensate for this topographic weakness, Ongseong was constructed. In addition to the practical role of the wall, Ongseong is also a beautiful addition to the gate.

How to get to Heunginjimun Gate:
Take line 1 or 4 to Dongdaemun Station and leave exit 6 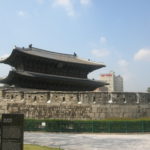 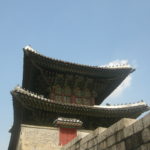 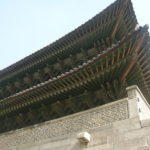 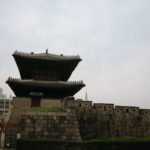 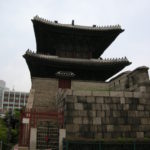 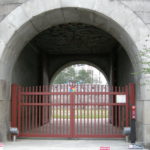 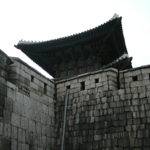 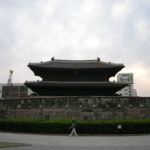 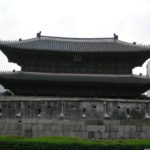 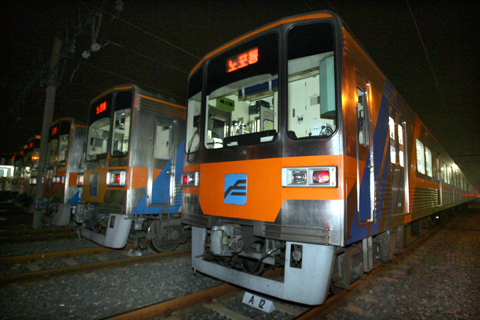