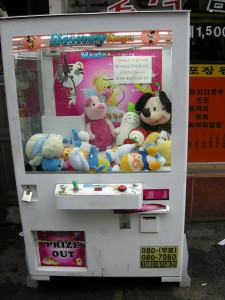 There are many game centers / arcades located throughout Korea. They are very popular with students, couples or people who just love to play games. Most arcade centres have a wide variety of games.  Like most countries they have the usual games such as Time Crisis, car racing games and a wide range of fighting games. Like most of Asia the Taiko Drum Game is very popular and also the Dance Dance Revolution game. Here you can find many people gathering around and watching as people battle to get the highest score.

Another popular game is Basketball Shoot. You try yo get as many basketballs into the net before time runs out. People spend hours here having fun with their friends or date. The price is relatively cheap with most games starting at 500 – 1,000 won. A great way to sink a lot of money at the arcades is to try the Claw Machine (UFO catcher). The price is usually 500 won for one try but as we all know it can take a lot of tries to get the prize from the machine. It’s best to have a 5 try limit and WALK AWAY if you don’t win. I have seen many people pump in thousands of won to get a prize for their dates. 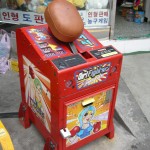 In most of the drinking or student areas you will see many aracde machines and games located outside. These games are usually to test your strength and are popular with the young military guys, friends trying to show off or guys trying to impress their dates. The most common games are the shooting ball and punching machine. The shooting ball machine tests your leg power. You kick the ball as hard as you can and the machine will register how powerful the kick was. The punching machine is similar but you punch it instead of kicking it.

Other games you may see on the streets are the Dart Throwing game and Taekwondo Punching Game. With the Dart Throwing Game you must hit a certain number of balloons with the darts to win a teddy bear. The Taekwondo game gives you the chance to break through 10 boards using your hands to win a prize. You must break all the boards on your first try to win. 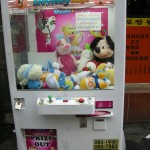 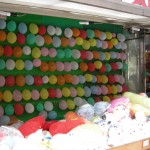 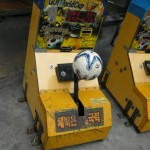 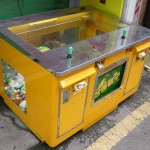 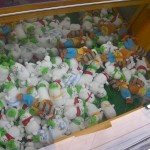 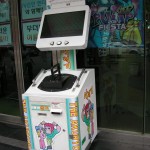 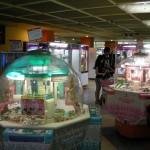 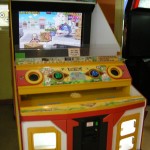 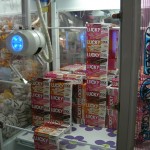 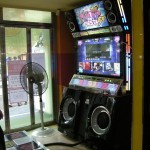 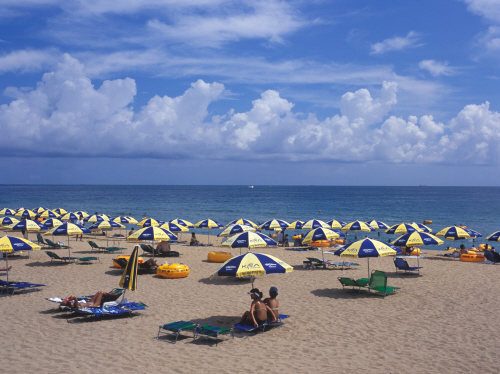 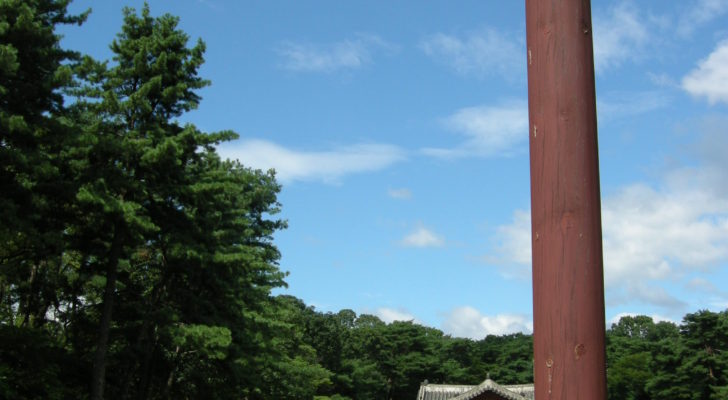 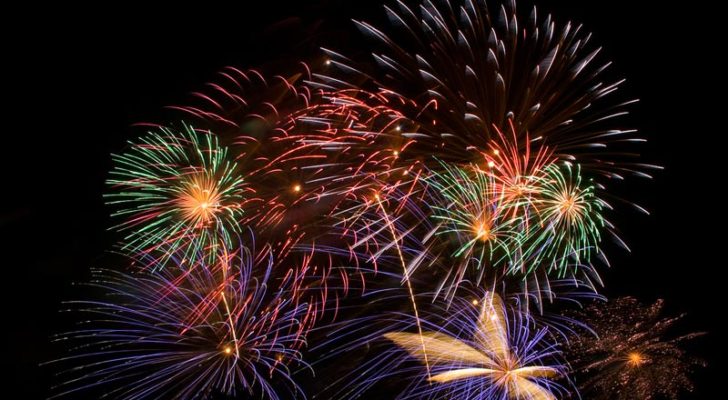 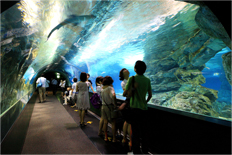